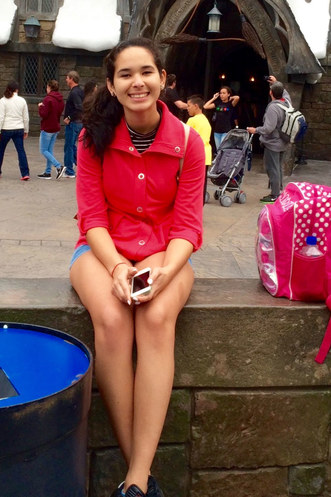 In 2001, I moved to the United States with my parents and younger sisters from Bolivia. I was 6 ­years ­old and hardly spoke a word of English. Today, America is my home. I’m a sophomore at Trinity Washington University and intern for the Latin American News Digest. The U.S. is where I have grown up, it’s where my best friends live, it’s where I go to the movies and shop at malls. This is my country now, and it’s where I want to study, work, and build a future. However, until two ­years ago, I lived every day of my life in fear that I, or one of my family members, would be deported. You see, I’m an undocumented immigrant and until President Obama enacted the Deferred Action for Childhood Arrivals (DACA) program in 2012 — which grants temporary legal status to people who entered the U.S. as children and meet several guidelines — my reality was very different.

Like most immigrants, my parents moved here to start a new and better life. One where they could work to support our family and eventually send my sisters and I to college, something that wasn’t possible for them in their native countries. As I grew up, I began to realize that achieving my American dream would not be as easy as I thought. I used to believe that getting all A’s in school was what it took to become successful, but quickly realized that there are many more things involved, which were completely out of my hands. The differences between me and my friends became clear to me in high school. While they were turning 16 and excited to get their driver’s licenses, I found out I could not get one; my undocumented status prevented it. I also could not open a bank account or work legally as I couldn’t obtain a social security number. And even though educating me and my siblings was one of the main motivations for my parents’ risky move to the States, without being a citizen, my options for higher education were basically slim to none. Worst of all, I began to understand and feel the fear that my parents have felt every single day since we moved here: the fear of being deported back to the country I was born in, but which was now a foreign land to me…