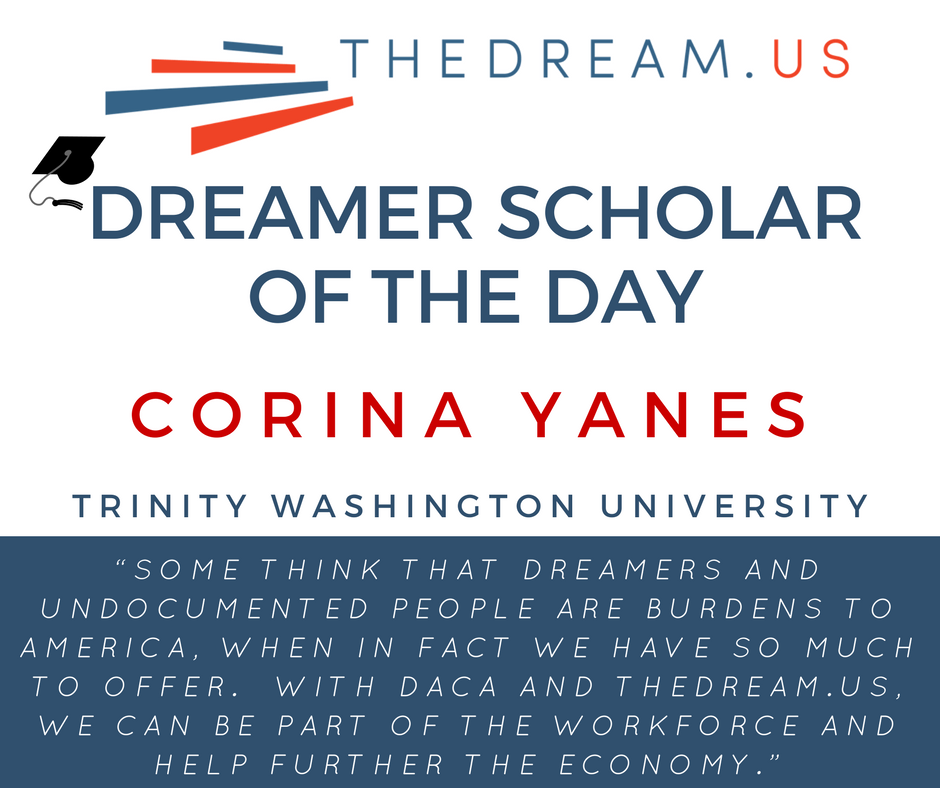 I was 13 years old and in the car on the way home from karate when my father told me that we were undocumented. I cried into the sleeve of my uniform thinking about deportation and how near it now seemed. I am older now, but the fear I felt in the passenger’s seat of our family car still resurfaces every now and then. We came here from Venezuela when I was just two. I don’t consider anywhere fully home. I don’t feel safe in the United States, and I know I wouldn’t feel safe in Venezuela because of the state it’s in. Remaining in the U.S. is important for me, because it took so much for my parents to bring me here and everyone I truly care is here. All I know is the same town I’ve been living in for the past sixteen years. I have a brother and sister. Both my sister and I received DACA, and my brother is a natural-born citizen. In high school, I got involved in as many activities as I could. I was on the neighborhood swim team, did karate, worked at a frozen yogurt shop in the end of my senior year, and was part of the drama club. I loved doing school plays because that form of art allowed me and the audience to escape the harsh realities of the present, if only for a little while. I also started and took leadership in my school’s Gay-Straight Alliance club, and worked to spread acceptance and love on my campus and beyond. When we were struggling to make ends meet, and college didn’t seem like a possibility, TheDream.US scholarship helped my dreams come true. I am just starting out, but I get along with my roommate, like my classes, and plan to get a job to support myself. Some think that DREAMers and undocumented people are burdens to America, when in fact we have so much to offer. For example, my sister has a Master’s in Marine Biology and is a teacher in Colorado. With DACA and TheDream.US, we can be part of the workforce and help further the economy. Ultimately, I want to be a role model for other kids who are in the position that I once was, kids who feel afraid to be who they are.